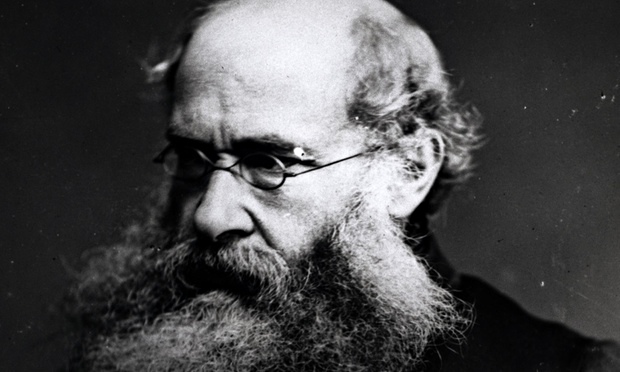 Greece has decided that it can’t handle the austerity measures necessary to put it on the path to financial stability. They’ve elected a new leftist government that’s got back to the serious business of spending money they don’t have. The Greeks can breathe easily again. Life is back to normal.

I’ve been reading Anthony Trollope’s Doctor Thorne lately. In the novel, the local squire, Mr. Gresham, has some financial difficulties. He’s got an immense income of £14,000 a year, but he’s got even more immense debts. He owes £80,000, and he’s just had to borrow another £10,000. Trollope describes Mr. Gresham’s reaction to the new loan this way.

Mr Gresham, feeling that difficulty was tided over for a time, stretched himself on his easy-chair as though he were quite comfortable;—one may say almost elated.

How frequent it is that men on their road to ruin feel elation such as this! A man signs away a moiety of his substance; nay, that were nothing;—but a moiety of the substance of his children; he puts his pen to the paper that ruins him and them; but in doing so he frees himself from a score of immediate little pestering, stinging troubles: and, therefore, feels as though fortune had been almost kind to him.

The Greeks cheering at the defeat of austerity feel the elation of Mr. Gresham.

But let’s not pretend like it’s merely other people who are Mr. Gresham. It’s us too.

The federal government will collect an immense fortune of $3.3 trillion dollars this year. Unfortunately it owes an even more immense fortune of $18 trillion. Trollope expects his readers to be shocked by Mr. Gresham’s debts, and he expects them to despise his cavalier attitude toward his financial difficulties. America’s income to debt ratio isn’t so different from Mr. Gresham’s.

I wish Anthony Trollope could write us a happy ending, but I’m afraid we’re on our own.

One thought on “Did a 19th-Century Novelist Understand our Attitudes toward the National Debt?”